Considered by some to be the swan song of the Wii, Xenoblade Chronicles was a game much sought after by the US, where it was launched in limited quantities, especially in North 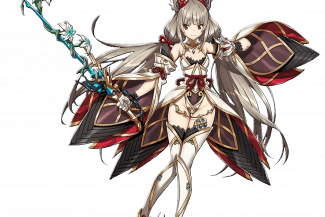 America. The game’s reputation (combined with the recent release of its spiritual successor, Xenoblade Chronicles X on the Wii U) has meant that its price on the second-hand market has never been higher. This is impressive considering that the game was recently ported to the new Nintendo 3DS console, which should have lowered the resale value of the original Wii. It’s one of the most recent titles on this list, but the price of this epic Wii RPG is going to go up.

The Sega Saturn had the misfortune to find itself facing the unstoppable tidal wave that was Sony’s first PlayStation, and even though it had a substantial audience in its native Japan, this 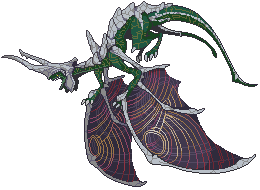 console is considered a flop in the history books. That doesn’t mean Sega didn’t do anything: when it became clear that all the big editors and developers were migrating to Sony’s machine, the Japanese veteran just stepped up his efforts with his exclusive titles. Panzer Dragoon Saga was one of them, and he was epic. Distributed on four discs and competing with Final Fantasy VII in terms of scale and genius, it has been released in very limited quantities in North America and Europe. And it’s a game whose value is only going to go up since it looks like Sega lost the source files. This means that even if there were sufficient demand for HD remasterization, society would not have the means to achieve it.

Symphony of the Night is considered one of the best 32-bit era video games, and a top of the venerable and beloved Castlevania series. Although the title sold well in Japan and North

America (so much so that it had been reissued as a bestseller in both regions), it did a flop going almost unnoticed in Europe, even though Konami delivered the game with a limited edition artbook and a CD with the pieces of the franchise. It is said that only 15 000 copies were sold, and if we add the quality of the game and the desirable objects with which it was delivered, it gives a rather high price for this title. Symphony of the Night has been reissued several times, on Xbox Live, PlayStation Network, and with the PSP package Castlevania: Dracula X Chronicles. But the original 32-bit version remains the most sought after. The Japanese edition for the Sega Saturn has never been released in Japan, but includes additional content and is almost as valuable, except that the quality of the game is inferior to the original version for the Sony console.

With only 200 copies in circulation, Stadium Events is considered the rarest NES title in North America, with a value of about $ 38,000, depending on the state. Even a loose copy (only the cartridge) can go up to $ 10,000. The reason for these crazy prices? The NES was incredibly popular in North America, and now that its followers have all grown, many are trying to complete their collections to revive their childhood memories. And that means spending a lot of money to own titles like Stadium Events. The game itself is a slightly more “active” version of the bourbon model posed by Konami’s epic Track & Field. But it is unplayable unless you also have the Family Fun Fitness Trainer (also known as the Power Pad), a pressure sensitive mat, which precedes the same accessories used in the console versions of titles like Dance Dance Revolution and Pumps It Up.

Sometimes, the value of a game owes more to its rarity and name than to the actual quality of its gameplay, and this is quite true for Vampire’s Kiss, known as Dracula X in North America and Akumajou Dracula XX in Japan. Based on Dracula X: Rondo of Blood, an excellent PC Engine title exclusive to Japan, Vampire’s Kiss was an attempt by Konami to transfer the heart of the game to the Super Nintendo. It wasn’t a total success; the frustrating level design posed most of the problems. Critics also attacked the title because of the removal of alternative routes that made the original game so interesting. In any case, the release of the game at the end of SNES ‘ life meant that it sold little. Therefore, copies are selling more than 250 euros, despite the fact that it is possible to download the game on the virtual console of the Wii U for almost nothing.

Perhaps one of the rarest games in history, the Mega Drive version of Tetris, the incredibly popular Russian puzzle, should not even exist. Sega ported the game (which was based on its 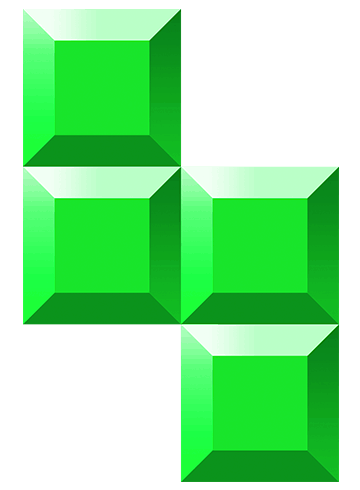 licensed arcade version) to its 16-bit console thinking it had obtained the rights to exploit it on a home console. Except the license was given to Nintendo. Sega was forced to cancel the game before it was put up for sale, but it seems that ten copies escaped this deletion. If you’re lucky enough to have one at home, it could be worth up to 15,000 euros. Beware of pirated copies, the value of the original has spawned a big market for fakes.

Steel Battalion is one of the greatest video game follies. This title requires a joystick that resembles the controls of a Boeing 737 pedals for your feet, and it takes 15 minutes to install everything. Despite this, it is one of the most amazing gaming experiences you will ever play, each button of the joystick corresponding to a function on your robot in the game (our favorite is the wipers). Packed into a gigantic, nightmarish box to put away, it’s hard to be less popular than this game at the time of the Xbox. As a result, there are not many copies in circulation. Nevertheless, if you were one of the fans who not only bought the game at launch but also found a place to store it for the past decade, then this is your lucky day. The game is worth more than 100 euros nowadays, depending on its condition.